Sometimes people get confused and think that by saying they wants a photo-realistic design, they are just looking for him to tattoo a picture or graphic exactly the way it appears on paper. That happens a lot, so I hope to clear up any confusion today.

Duplication Of A Design Does Not Equal Photo-Realism

Photo-realism is a specific genre of art. Artists that practice photo-realism study a photograph of a real thing (ex: landscape, glass of soda or a human face) and then duplicate the image as realistically as possible in another medium.

Here’s another example of a neotrad tattoo design. This drawing by Darl Papple is of Khaleesi from the television series Game of Thrones. You know, the gorgeous badass also known as “Daenerys of the House Targaryen, the First of Her Name, The Unburnt, Queen of the Andals, the Rhoynar and the First Men, Queen of Meereen, Khaleesi of the Great Grass Sea, Protector of the Realm, Lady Regnant of the Seven Kingdoms, Breaker of Chains and Mother of Dragons.” This is not a photorealist tattoo design. Sure, it has qualities of realism in her face. Many of the very best neo-traditional tattoo portrait designs incorporate aspects of realism into the design, but the Protector of the Realm does not have black outlines around clumps of her hair in real life. 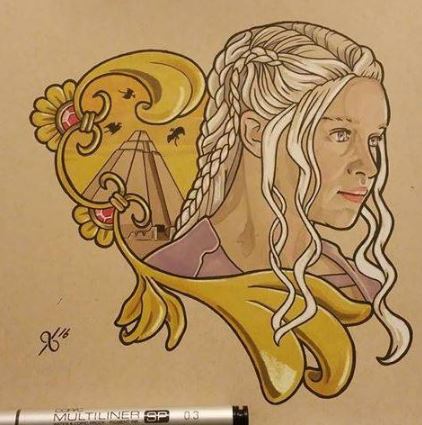 Here you see a drawing of a bottle of Coke that Darl also drew.

This drawing has zero hard outlines. None.

Here you see a photorealistic drawing of a car done by Darl Papple. Notice there are no hard outlinelines, just like you don’t see hard outlines on a real car. 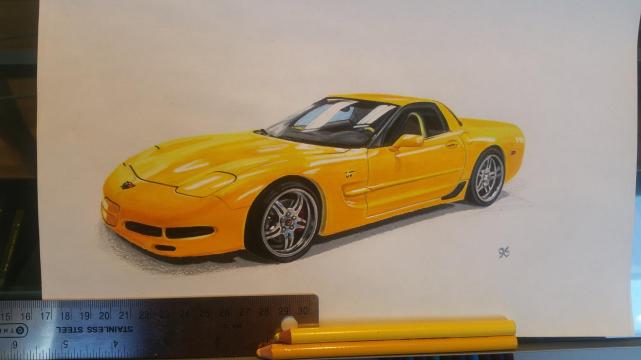 This same photo-realistic definition is used in tattooing too.

The tattoo pictured below really looks like a rose tattoo. He enjoyed tattooing it. It looks beautiful. But does it look like a real rose? Nope.

This is not an example of photo-realism.

Now, this lion pictured below though … This looks like a real lion. The lion is an example of a photo-realistic tattoo. 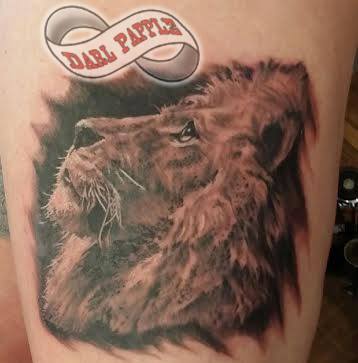 Here are some other realistic tattoos that Darl has done: 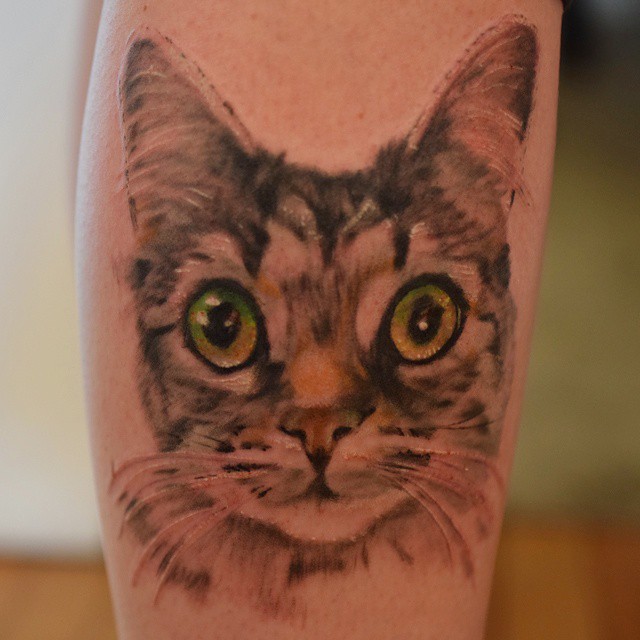 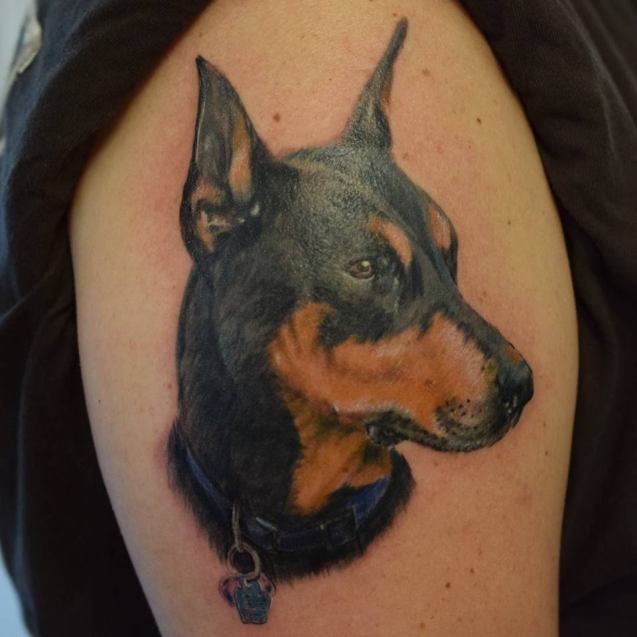 How Long Does It Take Darl To Tattoo A Photo-Realistic Tattoo?

Darl typically schedules portrait tattoos and photo-realistic tattoos to begin at 11 a.m. on a weekday and reserves the whole day for the tattoo. Beautiful photo realistic tattoos take an average of 4 hours to 7 hours or more to complete. After a two week healing period, Darl usually schedules a much shorter follow up appointment to add in extra highlights or to touch up any areas where the client might have compromised the tattoo by scratching a healing tattoo or picking at a new tattoo.

Scheduling An Appointment For A Photo-Realistic Tattoo

Darl is scheduling photo-realism tattoos between three weeks and two months out, depending on the size of the tattoo. Contact Darl by telephone or text at 810-569-5964 or send us a message through The Shop’s Facebook page. I can arrange either a free consultation or an appointment for you to be tattooed.

Price Of A Photo-Realistic Tattoo By Darl Papple

The best portrait tattoos and the most beautiful photo realistic tattoos typically range between $450 and $1800, depending on size and subject. A $40 deposit is required to reserve an appointment. Deposits can be paid in cash at The Shop or by credit card or debit card through an email invoice that uses a secure PayPal-based invoicing platform. Darl offers free consultations.

Body Art in the State of Michigan

How do I find out if a tattoo shop in Michigan is actually licensed?

How can I find The Shop's Health Inspection results?

Where do I find the State of Michigan's Body Art webpage?

How old do you have to be to get tattooed in Michigan?

The Shop's State of Michigan license number is BA-02413.

Q. Where are you located? | A. Right across from the library in the Village of Fowlerville.